It’s purpose was to enable a user to patch (rather crudely, but effectively) PC games files and their created saved game files to cheat.

I got more of a kick out of building the app using Turbo Pascal, and giving it to my friends to use than I did playing and cheating in the games.

17 years is a long time in computer technology. In 1995 the Internet was emerging, and I knew that it had been put on a few FTP sites, but could I find it now?

After a few minutes with Google I had found and downloaded the ZIP file. (And made sure to scan it with antivirus software).

The problem now was that it was a 16-bit MS-DOS app.

With only Mac OS X Mountain Lion, and Windows 7, both 64-bit, I thought I would have to resort to setting up a VM (Virtual Machine).

Another Google and I found DOSBox. I download and opened DOSBox on Mac OS X.

I now had a directory listing. Look at those dates! 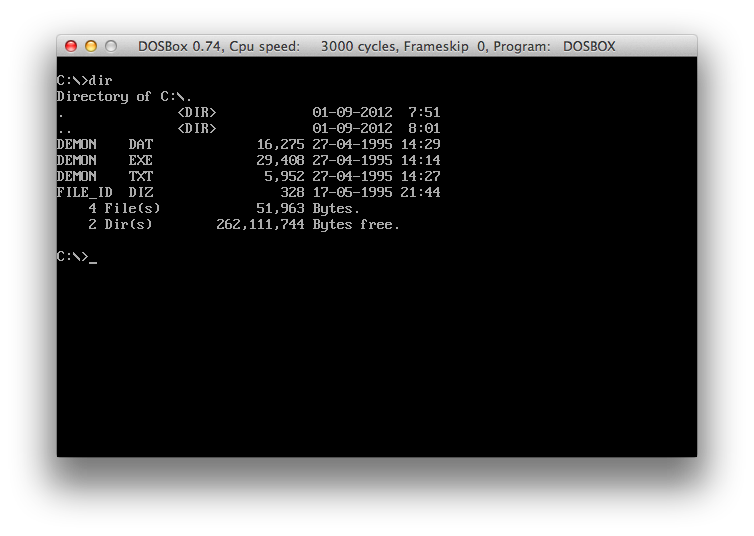 Next step, would it run?

An app that I had created 17 years ago was running in a DOS emulator on my Mac OS X system. 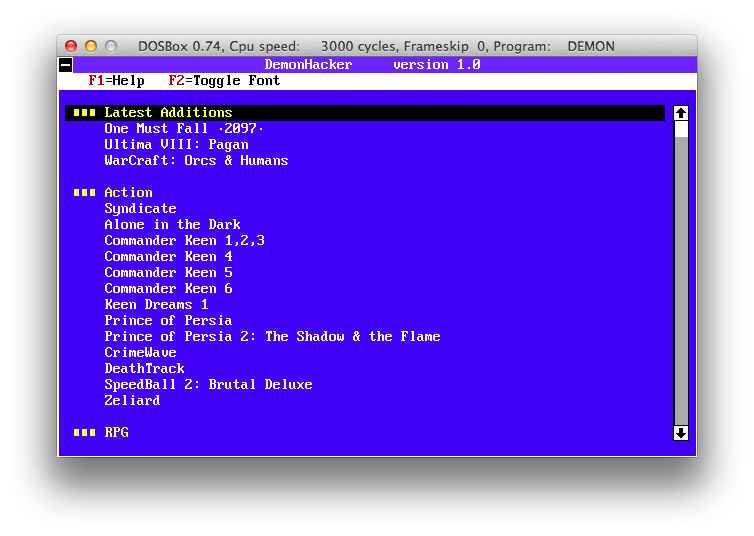 Here’s the proof - the help screen. You have to admit, it’s very helpful :) 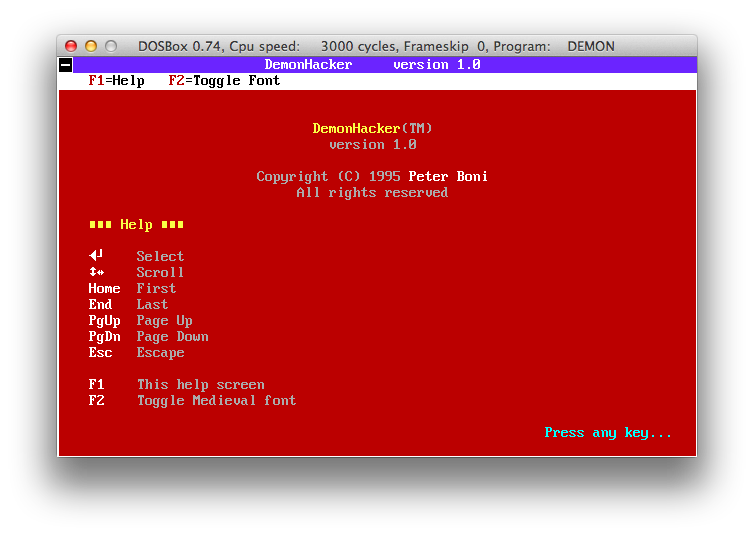 It even supports in that 29 KB size changing the application font to a medieval type font. Typical font files are MB these days. 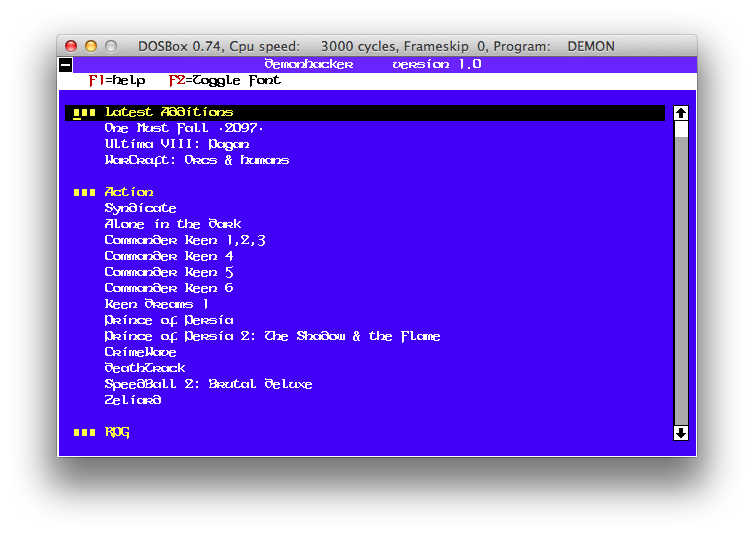 The great thing about Demon Hacker is that it was open. Extendable. Anyone with a PC game, a HEX editor, and some spare time could create hacks for games by editing the DEMON.DAT text file.

And Demon Hacker would then let anyone use that cheat. 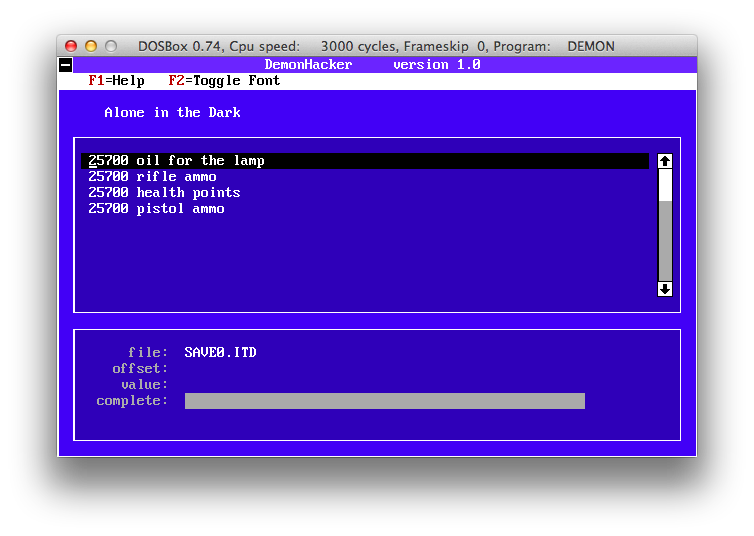 If only GitHub had existed back in 1995 the source code may not have been lost. If you’re feeling nostalgic get DOSBox, your old games, and get Demon Hacker.

This trip back down memory lane has reminded me of a few things. The Internet, WWW, Google and technology are amazing things. Also that i’m a hacker, and always will be.