I believe the best way to understand something is to get your hands dirty, so I decided to build the front end part of an app idea that I’ve had for a while as an iOS 7 app.

While using iOS 7 for the last week or so, I’ve been thinking about the UI and UX. Of course, Metro (design language) has been around for a while thanks to Microsoft, but the Metro apps I’ve used feel dull. iOS 7 feels surprisingly refreshing.

One of the views in the app I’m building needs a list of things that the user creates - a typical pattern in many apps. iOS has a UITableViewController, so technically it’s an easy problem to solve. In terms of the design of the UI and UX it’s a little bit more complicated.

Let me talk you through what I call the UserXListView(tm) pattern in 7 images of the iOS 7 app I’ve started building.

Ok. We have a list view. That + in the top right corner is staring at her. Tap me! Tap me! 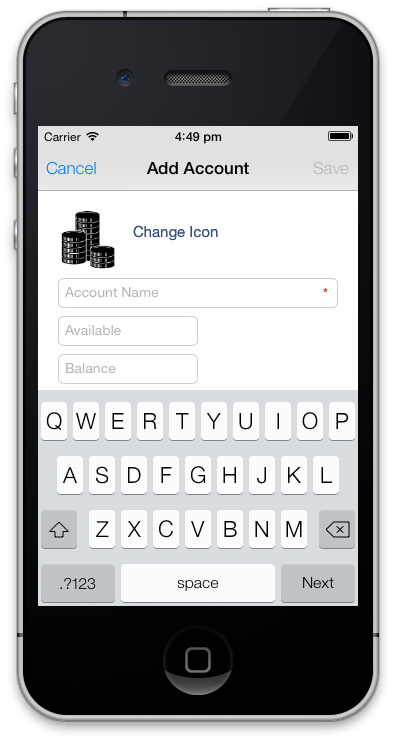 Technically this is a modal segue; either Cancel and go back, or enter the required information and Save.

She taps Change Icon. This is where it gets interesting. The icons are in groups and are all black so that they are easy for her to judge equally. In this instance there’s only one group of simple icons from The Noun Project, that are visually related to the thing that she is creating.

Once again this is a modal segue; either Cancel and go back, or give the required information, which in this instance is selecting an icon. We use a UICollectionViewController that’s dynamic. We define the icon groups and icons as follows.

She taps the piggy bank icon (they’re cute). Now she can personalise the icon even further by selecting a colour from different groups of colour palettes. She can select a colour from the same palette to match all her things, or mix and match colours from different colour palettes. The choice is hers. If she doesn’t like the icon in any of these colours she can either tap < Icon, or as a nice feature of iOS 7, swipe left to right inside where the icons are located and the view will slide off the top to the right and she will be taken back to the black icons. 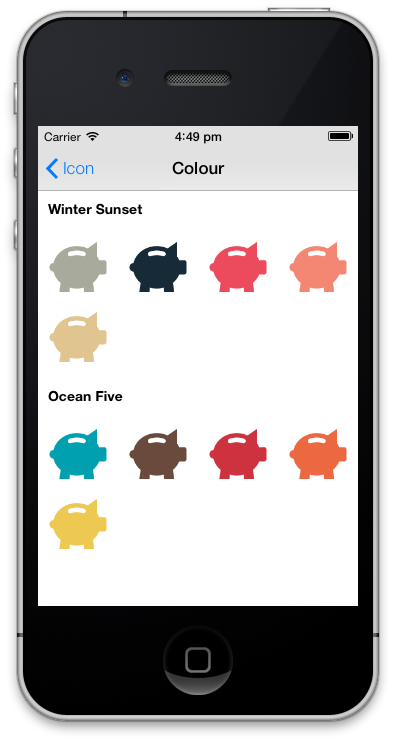 This time we do a push segue. We use a UICollectionViewController that’s dynamic, and some Core Graphics help. In the app we only store one black piggy bank icon .png file, and at runtime dynamically colour each piggy bank. We define the colour groups and colours as follows.

And then do some magic with the black piggy bank icon with a helper.

She taps the red piggy bank in the Ocean Five colour group, and is taken back to the 2. Add Item view, with her red piggy bank there waiting for her. She can now enter the other information and tap Save. 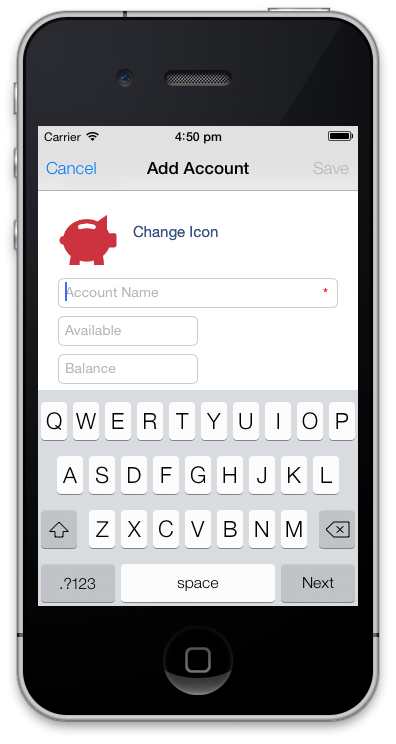 She taps Save, and her new red piggy bank is waiting for her in the list view. All that’s left to do is to add some more. 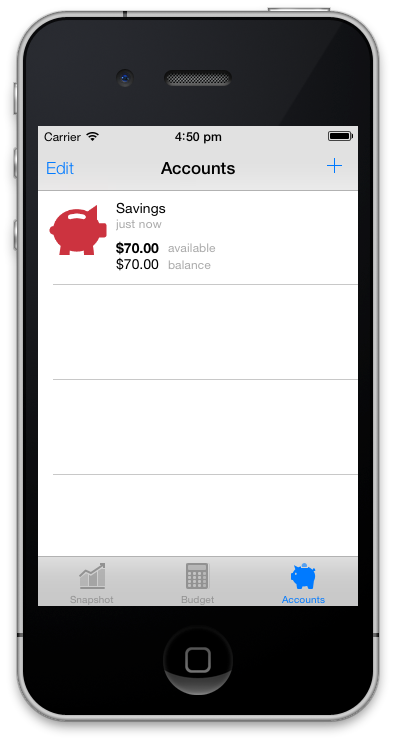 As she looks at the list of her things, she instantly recognises and associates with each one, as it has her personal identifying touch. 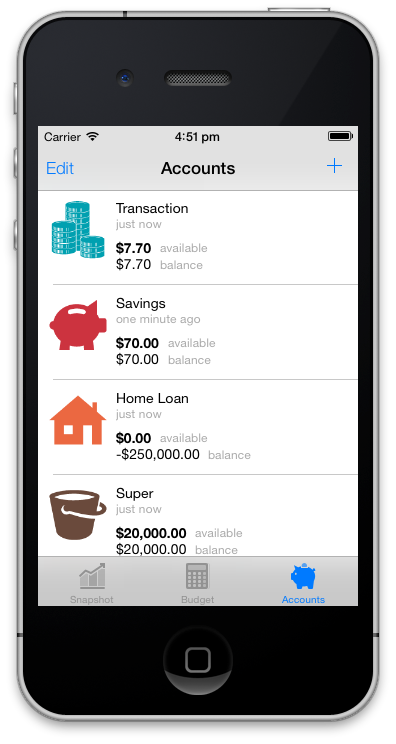 As you can see it’s easy to give the user power over their things by a simple mobile UI and UX pattern, hereby called the UserXListView(tm) pattern.

If you use resources, remember to do the right thing and attribute where required!