You’re building an iOS app, and need the user to enter a money value. You start by using a UITextField. If you want a basic user experience, then you’re done.

If you want to give the user something better, then the pain begins. The pain is worth it because small details matter. I’ve taken ideas from a few places and combined them into this experience and open source code.

The Experience in 9 images

1. We start and sit there, begging the user to enter something. We’re showing $0.00, so we have sent a signal to them that they are entering a money value. The cursor is flashing at them after the last 0 at the end of the formatted money value. 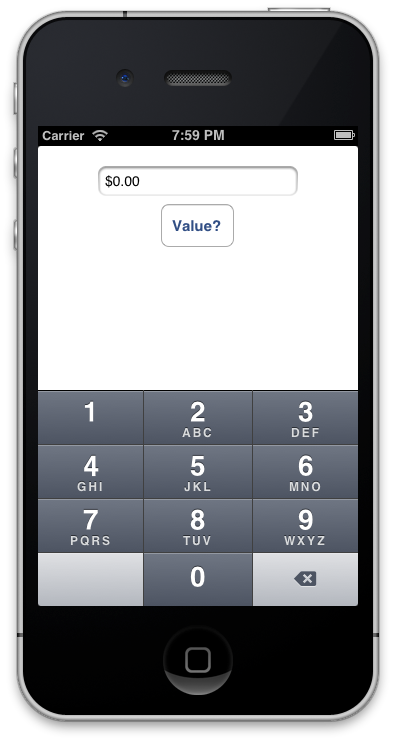 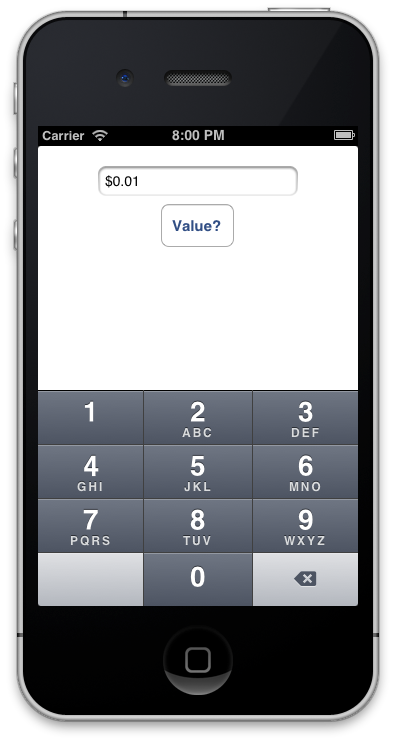 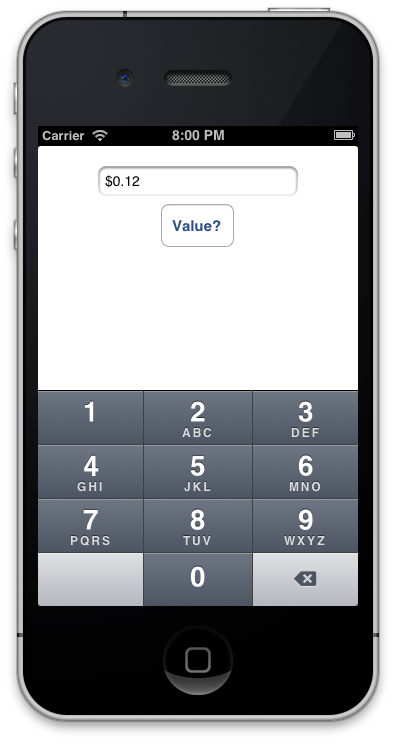 They haven’t had to enter in a dot. They are just tapping numbers, and the displayed money value is formatting itself in front of their eyes. 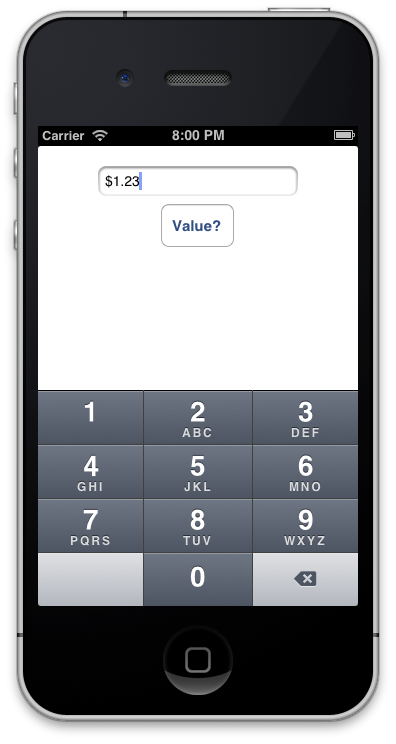 We have a comma! The money value is formatted. 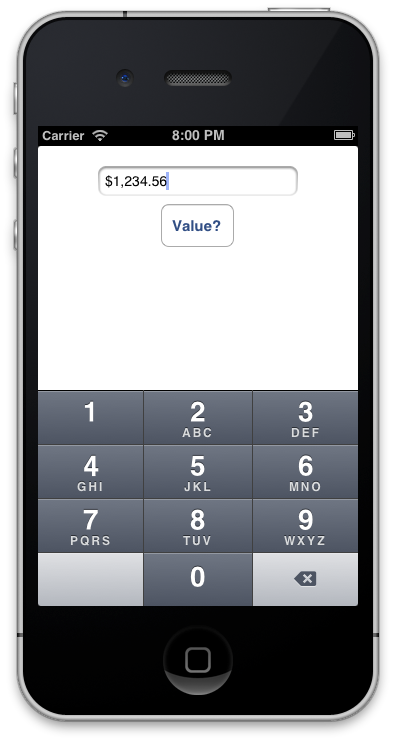 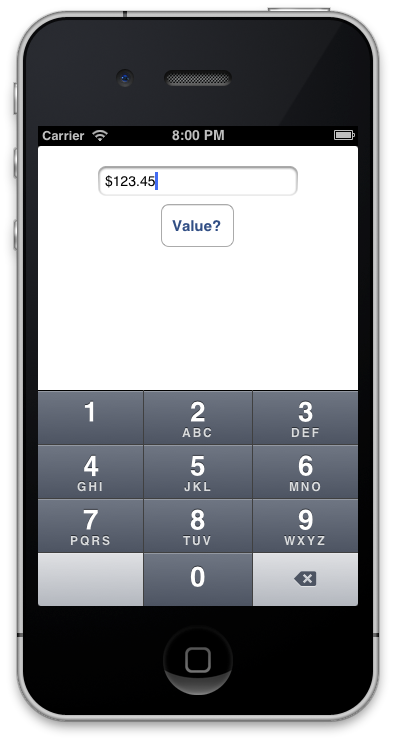 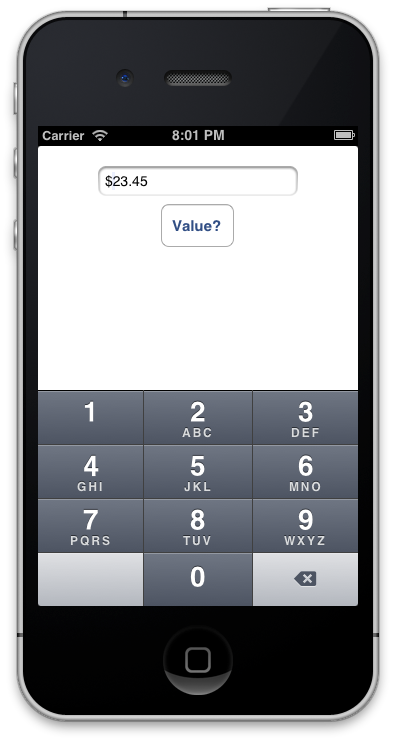 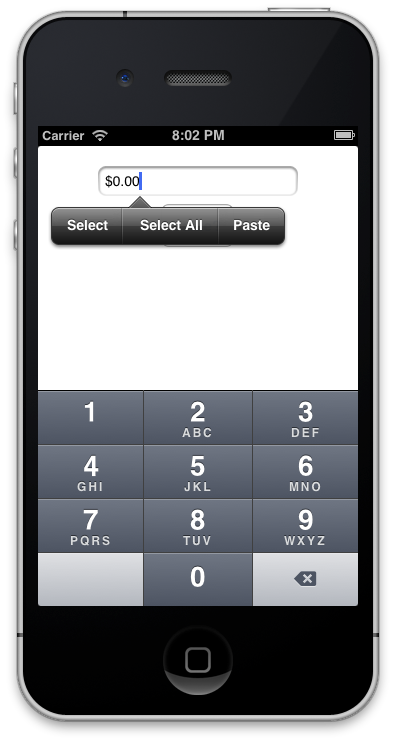 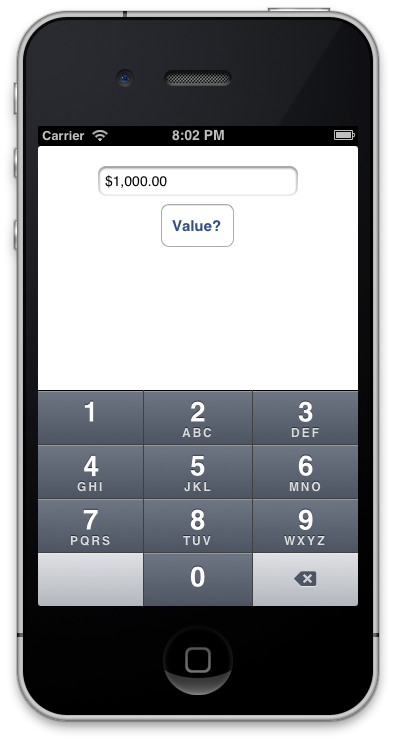 Go get it - FormattedCurrencyInput on GitHub.
Fork it, or submit a Pull Request, and let’s make it better for others together!